Agua de Florida Cologne was the American name for the Eau de Cologne created in 1709 by the Italian Johan Giuseppe Farina, in the German city that gave its name to this first perfume. The base of this Eau de Cologne was citrus and ethanol and the complete formula is still a secret. 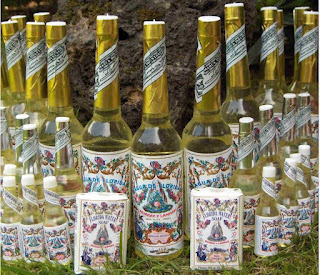 It was introduced to New York in 1808 by a trade perfume company that still exists today: "Murray & Lanman".  The American version has a spicier element or note than the Europoean variety, which includes clove and amber. The American brand name: Florida Water was derived from a Spanish conquistador called Ponce de León, who followed a utopian dream to find the Fountain of Youth in the new continent, Florida was the first place he visited on the continent. 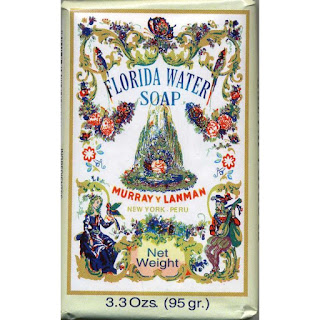 Since the appearance of Florida Water in the American market as a luxury product, people have also used it as a household remedy (medicinal and spiritual, ..) not just for beauty. The Agua De Florida nowadays comes in a plastic bottle, but retains its old shape and label. 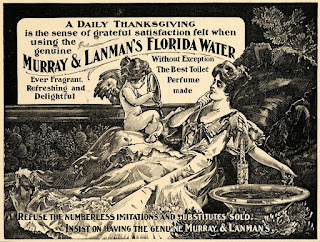 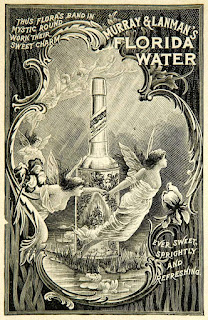 Florida Water has been part of the material culture of the USA and beyond, it has been exported to most Latin American countries. In Arequipa, Peru, it started with a cosmetic company which bought the patent and they have been selling it ever since. 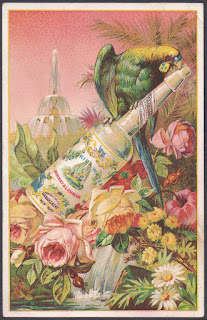 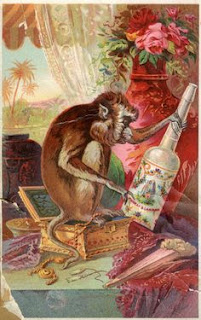 In Hong Kong, they made a version of Florida Water for Chinese population not only in Asia, but also for Chinese inmigrants in the USA. The Chinese Version is called: "Two Sisters". 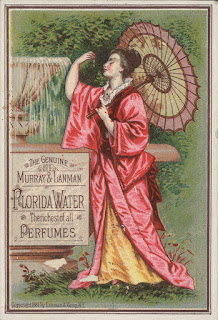 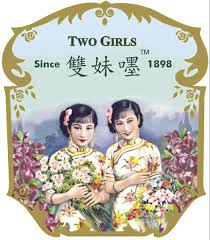 We find Florida Water disguised as a fictional perfume called: Eau de Cologne Cheautard in the film: "Gone With The Wind." Scarlett O´Hara used it to hide the smell of alcohol smell on her breath and dress. In the clip below she is drinking it to hide the smell of liquer, that she takes to ease her guilt over the death of her second husband. Rhett Butler is waiting for her downstairs and of course, to the canny Rhett, the Cologne doesn´t hide the obvious fact that she had been drinking. 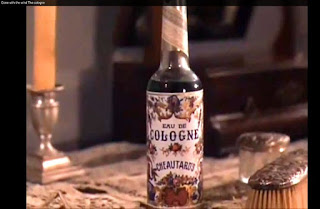 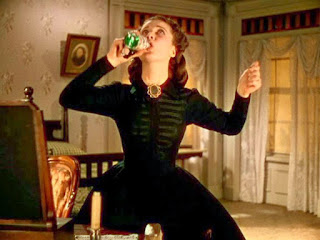 The Agua de Florida is used for many purposes, Mexican and Peruvian healers and shamans have used it for protection, cleansing and blessings. From baths to rituals, its been used to activate sacred artefacts and is often more easily available in esoteric and spiritual shops, than in Cosmetics outlets. 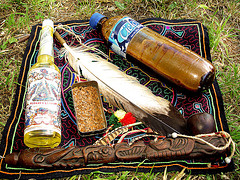 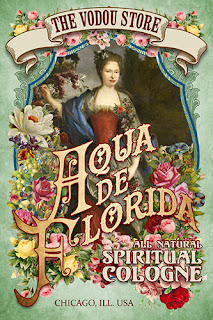 Florida Water as a cultural commodity in 19th century America, was a novelty for the upper classes and used as a refreshing tonic and ´decent´ perfume for women and men of that status. It was a world apart from the strong perfumes that prostitutes used. With the advent of advertisements and mass production however, the Agua de Florida became popular to a wider spectrum of households. Lower social classes, if they could afford to buy it, then began to use it for other purposes such as a medicine and for protection against bad energies and spirits.  It was like gold. There were even times that when there was no alcohol in the house, people drank Agua de Florida instead, as recounted to me by Peruvian friend, remembering her Grandmother´s fondness for a nip of the water of youth. 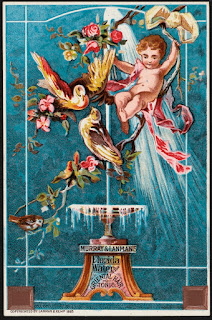 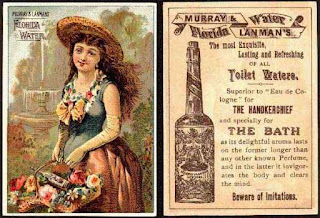 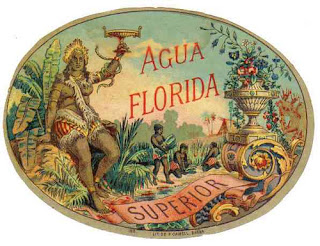 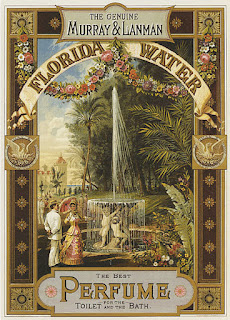 It is used in rituals in Peruvian and Mexican shamanism, Voodoo, hoodoo, etc. Healers drank, gargled and blew Agua de Florida over the clients.